Far below the New Zealand mainland, through the lashing winds and crashing waves, lie the Subantarctic islands – a series of remote, rocky outcrops scattered across the South Pacific. At first glance, its hard to think of a more hostile place for plants to grow. The islands are battered by towering waves and torn apart by gale force winds, with only a tiny amount of sunshine and an endless supply of rain. And yet, the islands are recognized as a world centre for plant diversity and are home to some of the most remarkable plant life in the world.

Chief among these are the megaherbs, a group of plants from unrelated families that have all swollen to gigantic proportions. These megaherbs are one of the botanic wonders of the world. Growing up to a metre wide and over a metre high they erupt in a floral display that must rank amongst the world’s greatest natural phenomena. The explorer and botanist Sir Joseph Hooker who later served as the director of Kew Botanic Gardens, described the flowering of the megaherbs as ‘as second to none outside the tropics’.

Macquarie Island Cabbage got its name from the early whalers and sealers who ate the plant to ward off scurvy. All parts of the plant are edible, including the large rhubarb–like leaves, and the petioles which look like giant stalks of celery. Most important however were the roots, which are said to taste like sugary turnips when cooked. Shipwrecked sailors were able to survive for long periods by cooking and eating these roots.

The Campbell Island Carrot is a strange alien looking plant, its vibrant pink flowers provide a stark contrast to the gloomy skies of the Subantarctic. It belongs to the carrot family, and is related to plants such as carrot, celery and hemlock. One of its main pollinators are Sub Antarctic weta, which swarm the flowers at night.

There are three species of Pleurophyllum on the Subantarctic Islands, all possess lush purple and magenta flowers, with large, fleshy and sometimes hairy leaves.  The flowers can be seen on the New Zealand 5$ note which depicts a scene from Campbell Island alongside the endangered Yellow-Eyed Penguin.

The Ross Lily has a bulbous yellow flower head. Unlike the other megaherbs it is not particularly palatable to browsing mammals, and thrives on disturbed ground. On the Auckland Islands, wild pigs disturb the ground in search of earthworms and plant roots, creating the perfect environment for Ross Lily to colonize. The name “Ross” honours the Antarctic explorer Sir James Clark Ross and the plant is also found on the New Zealand 5$ note.

Mystery of The Megaherbs 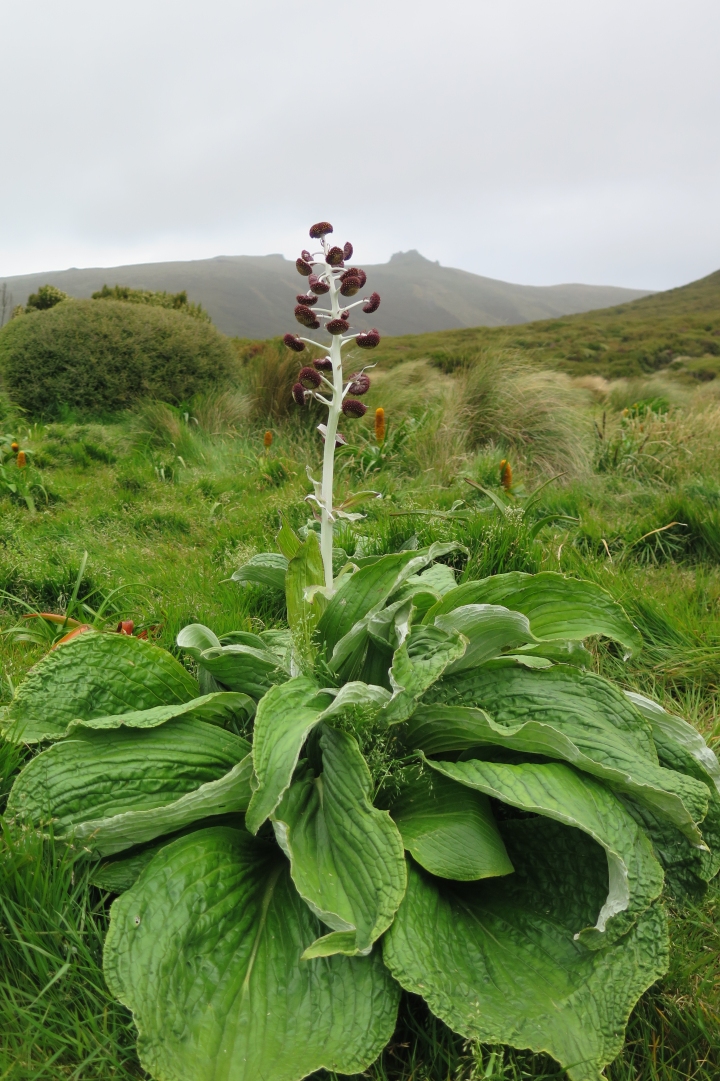 These monster megaherbs have been something of a mystery for botanists who have struggled to understand why they grow such large leaves and colourful flowers. In challenging cold environments, plants often grow small and cling to the ground such as in the alpine zone. However in the harsh environment of the Subantarctic islands it seems as if growing large provides some kind of advantage. New research suggests that the size and texture of the leaves helps them resist salt spray and wind damage. Not only that, but larger leaves may be able to heat up faster, taking advantage of the brief snippets of sunlight that occasionally poke out from amongst the clouds. Warming up their temperature allows the plants to increase the speed they set seed and also may help attract flies to pollinate the flowers.

But perhaps the most intriguing mystery of all concerns the origin of the Megaherbs – where did they come from?  Some have suggested that they evolved from tiny ancestors living on the Sub Antarctic islands. Another theory suggests these monster megaherbs represent relics of an ancient flora which dates back to a time when Antarctica was still covered in forest. As Antarctica cooled and became covered in glacial ice, many plants were driven extinct, but the megaherbs may have been able to find refuge by hiding out on the Subantarctic islands. 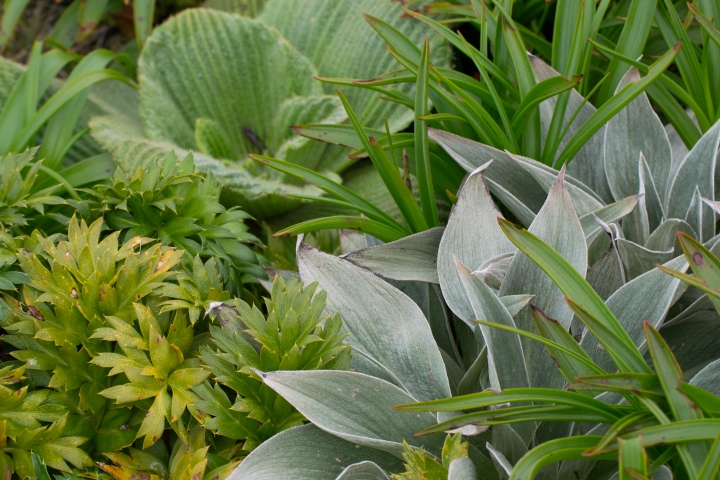 Special thanks to Heritage Expeditions,  the Enderby Trust & Russ Family who sponsored me to travel down to experience this remarkable area of the world. If you are interested in visiting the Sub antarctic islands visit their website for more information.

Also make sure to check out Edin Whitehead’s fantastic photography site full of fantastic photos of the Subantarctic Islands. All Megaherb photos taken by Robert Vennell.