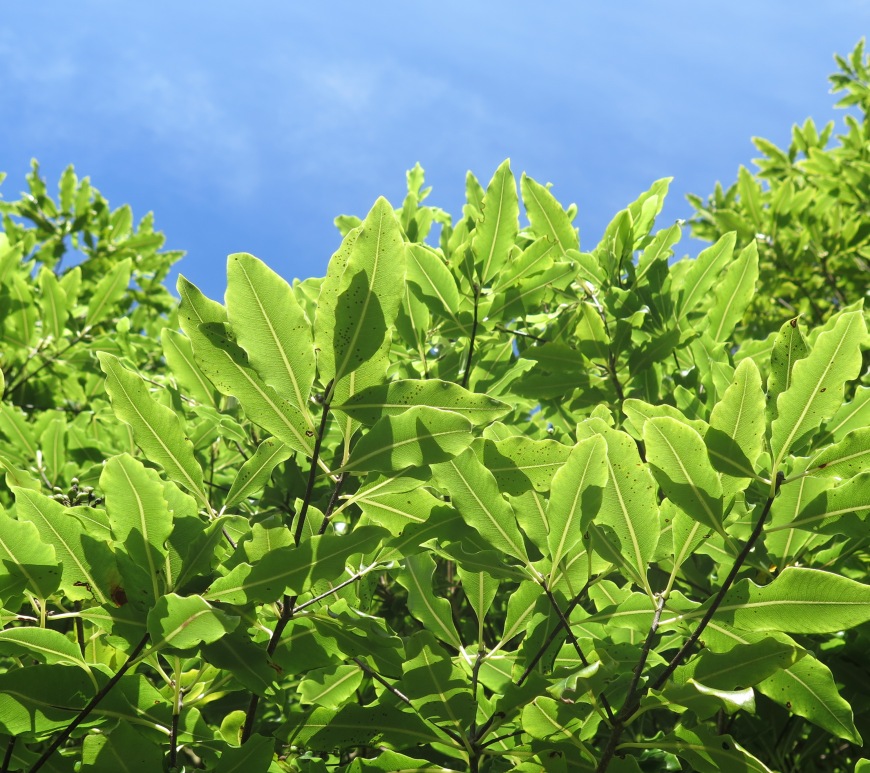 Crush the leaves of Lemonwood in your hands, and you will immediately understand how the plant got its name. The leaves and bark have an undeniable and delicious lemony-aroma. This sweet-smelling plant captured the attention of Māori who used it to make perfume and hair oils.  The gummy resin that oozes from the bark was mixed with bird fat and the oil of Tītoki and Kōhia … END_OF_DOCUMENT_TOKEN_TO_BE_REPLACED 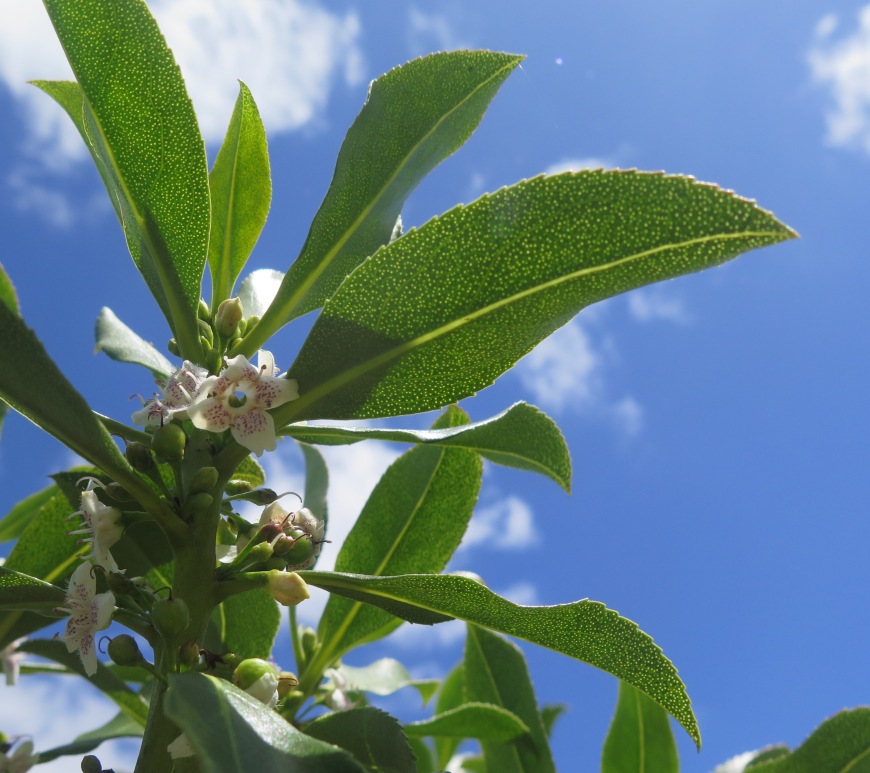 Hold the leaves of Ngaio up to the light and you will see it is studded with oil glands. These glands are packed full of the toxin Ngaione, which kills its victims by shutting down the liver. Many horses, cattle, sheep and pigs have suffered this unfortunate fate after grazing on Ngaio leaves. However, the toxic oil is not without its uses and Māori discovered that by … END_OF_DOCUMENT_TOKEN_TO_BE_REPLACED 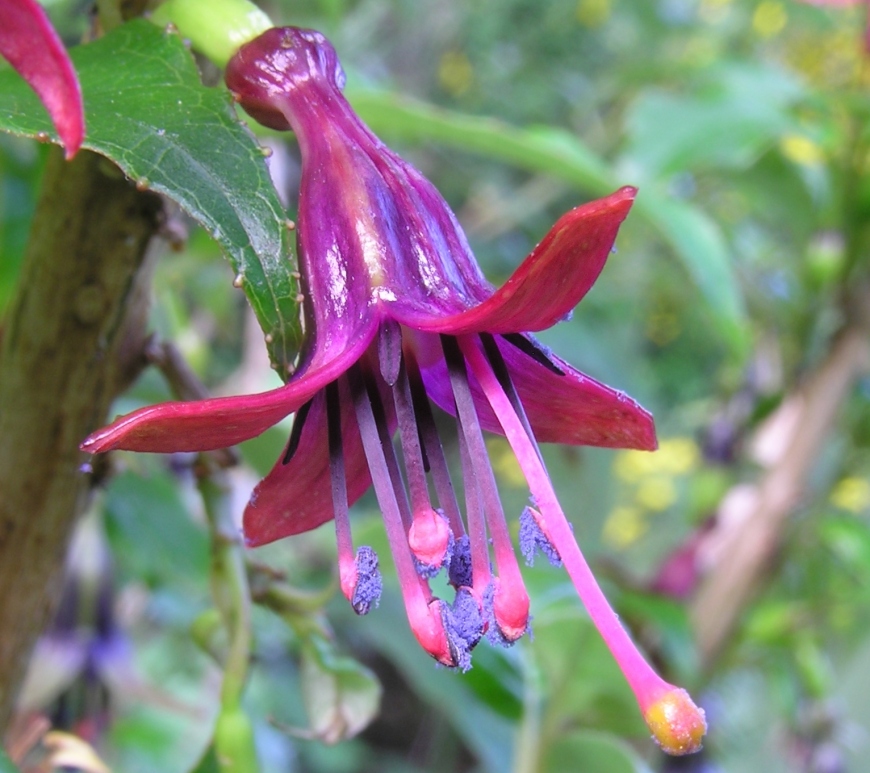 When it comes to New Zealand’s native plants, Tree Fuschia is something of a botanical oddball. Most native plants produce small inconspicuous flowers, whereas Fuschia erupts with a dazzling display of purple flowers with bizarre blue pollen. Most native plants will keep their leaves year round, but Tree Fuschia not only drops its leaves but sheds its bark as well, leaving a skeleton of ragged branches. Its … END_OF_DOCUMENT_TOKEN_TO_BE_REPLACED 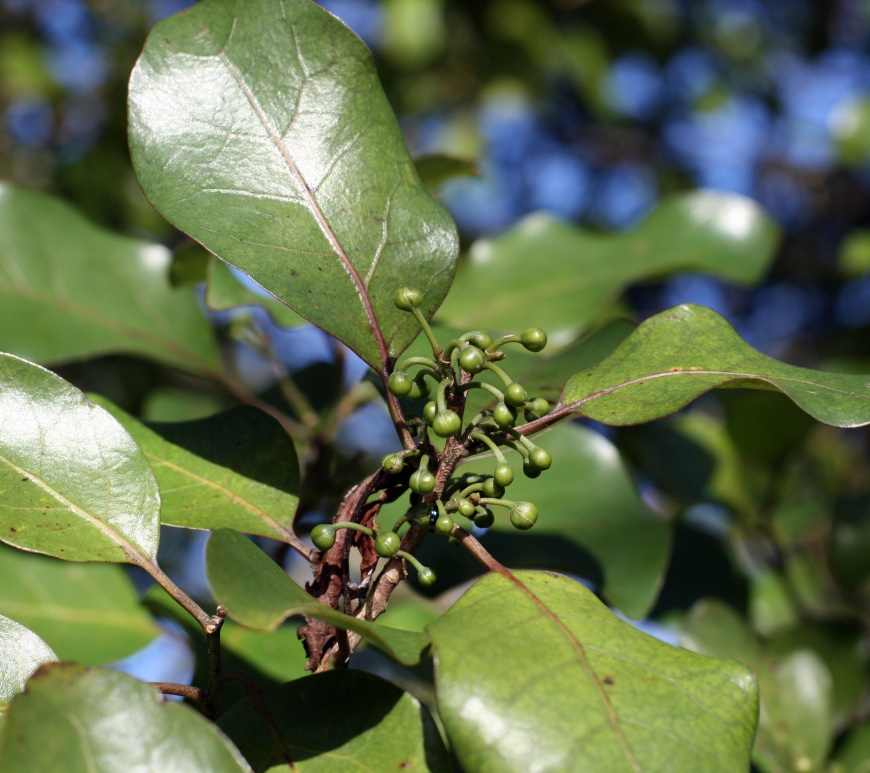 Mangeao often served a dark purpose in Māori culture.  Those skilled in witchcraft would use twigs of Mangeao in their rituals, calling down evil spirits to curse their enemies. To lift the curse, a powerful healer was required to exorcise the demons and send them back into the Mangeao branches. Despite its sometimes troubling use – Mangeao has proved itself an important and useful plant. It has a … END_OF_DOCUMENT_TOKEN_TO_BE_REPLACED 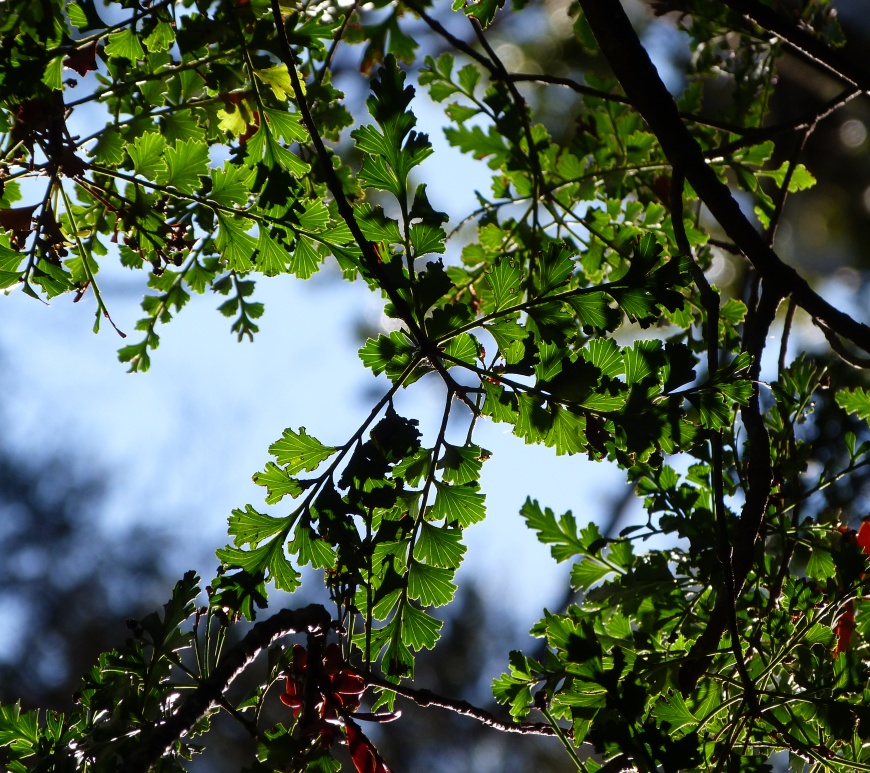 The Māori name for Celery pine is Tānekaha “Strong Man” and its an incredibly apt description. Celery pine possesses one of the strongest native timbers, and it was used extensively by both Māori and Europeans for any task that required strength and durability. Europeans used Celery pine in houses, decks, bridges, railways, and as props to hold open gold and coal mines. Māori found a myriad … END_OF_DOCUMENT_TOKEN_TO_BE_REPLACED 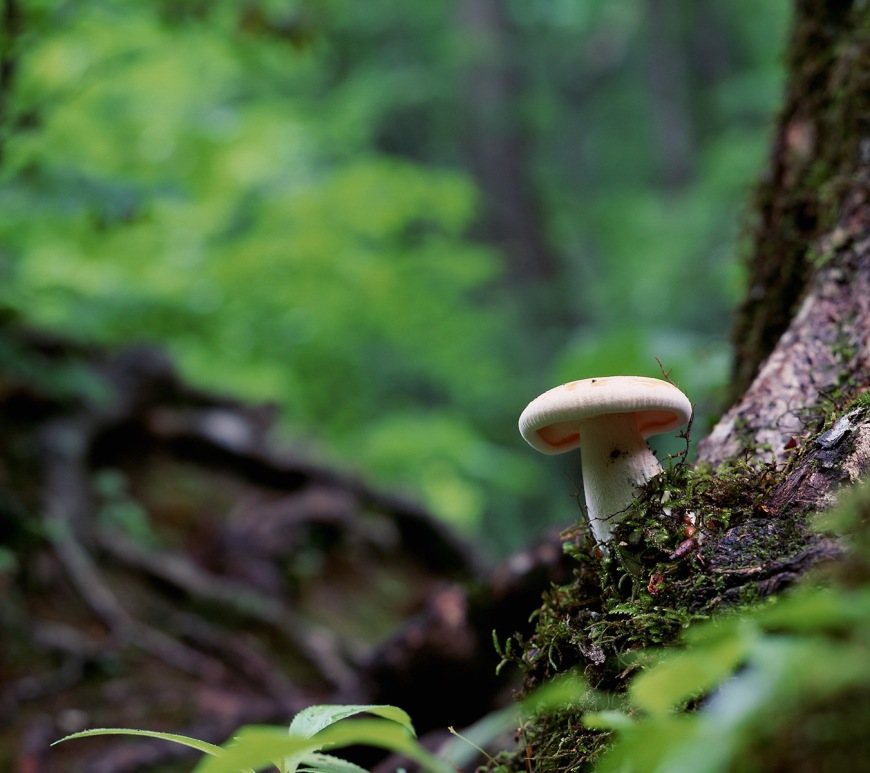 The Forgotten Kingdom We often think about Plants and Fungi together, but in truth Fungi are more closely related to humans than plants. They belong to their own separate kingdom containing millions of species, vastly outnumbering plants. Not only that, but the part of the fungi we are most familiar with – the toadstool or mushroom – is just the tip of the iceberg. Most … END_OF_DOCUMENT_TOKEN_TO_BE_REPLACED 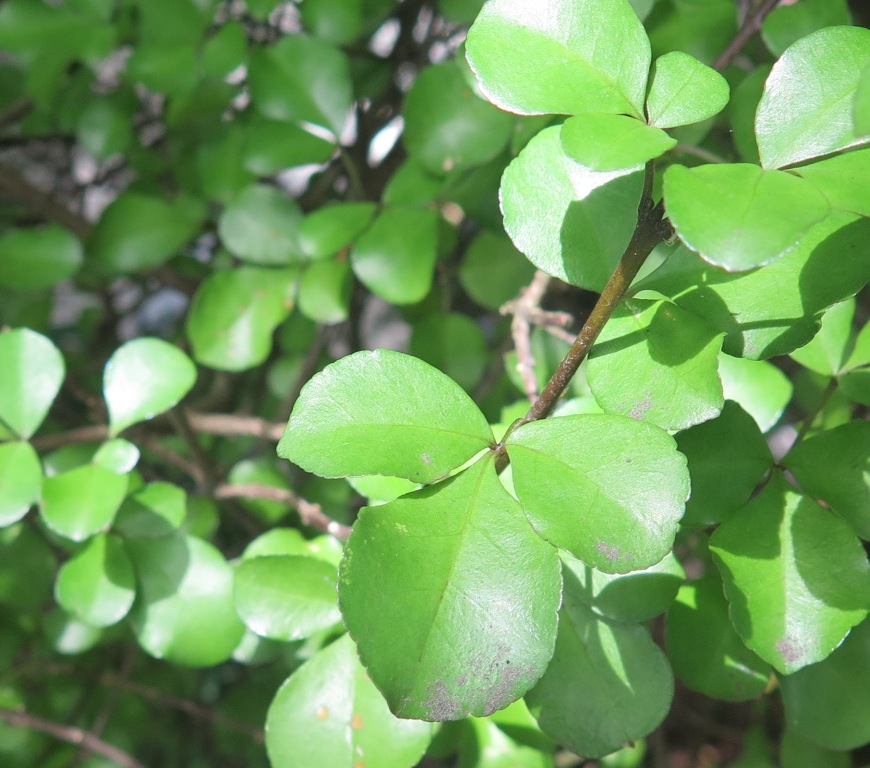 Wharangi belongs to the citrus family, and its leaves are studded with oil glands. When the leaves are crushed, they produce a familiar lemony-orange scent. Māori would chew the gum of Wharangi as a cure for bad breath, as it sweetens and refreshes the mouth. The gum would also be used to produce sweet smelling hair oils and perfumes. There are conflicting reports about its … END_OF_DOCUMENT_TOKEN_TO_BE_REPLACED 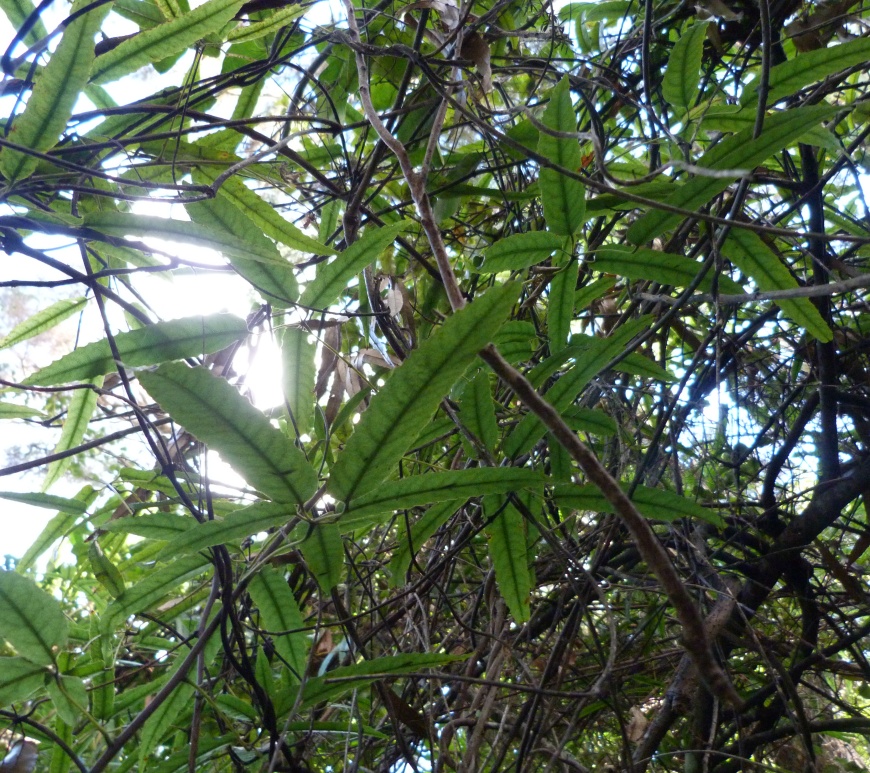 Bush lawyer – Tātaramoa – is New Zealand’s answer to blackberry, a scrambling thorny climber studded with sharp backwards-curved hooks. Unlike blackberry however, Bush Lawyer can be found in the middle of the forest, snaring unsuspecting trampers in dense spiky tangles. Once it grabs hold of you, it’s unlikely to let go – presumably the rationale behind its curious English name. Despite the anguish … END_OF_DOCUMENT_TOKEN_TO_BE_REPLACED 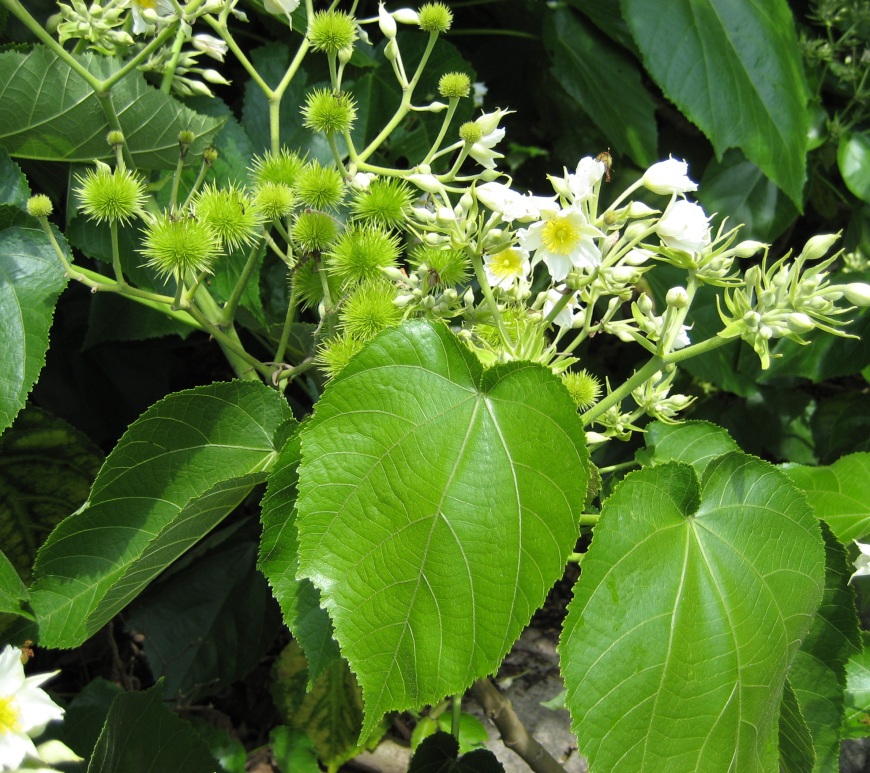 Whau is immediately distinctive in the New Zealand forest; with its large floppy heart-shaped leaves and spiky bommy knocker seeds. It produces one of the lightest woods in the world, and as such was a valuable resource for Māori. The seeds and wood could be used as floats for fishing nets and marker buoys. The trunks were also lashed together with supplejack to construct small rafts … END_OF_DOCUMENT_TOKEN_TO_BE_REPLACED 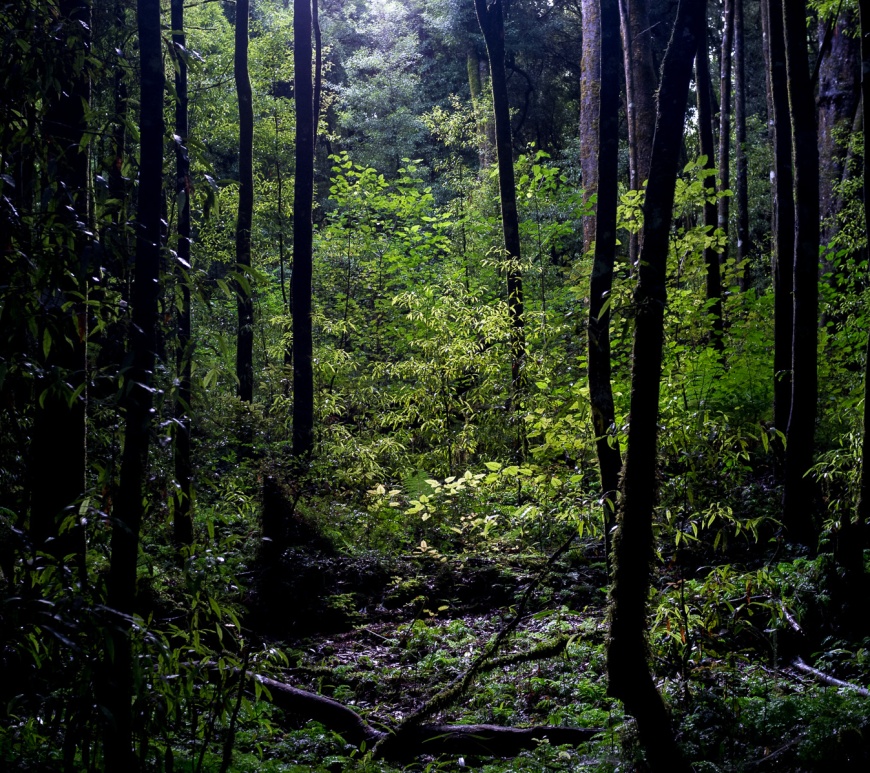 History & Culture The long willow-like branches of Tawa have stolen the lives of many Kererū in their time. Māori hunters would climb great trees, carrying with them immense Tawa lances – sometimes greater than 10 metres long. Slowly, carefully, they would inch the lances closer and closer to their prey until at the final moment they would the thrust them through the heart of … END_OF_DOCUMENT_TOKEN_TO_BE_REPLACED 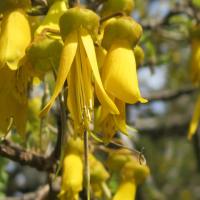 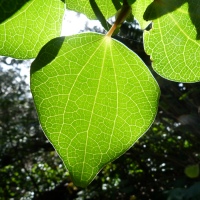 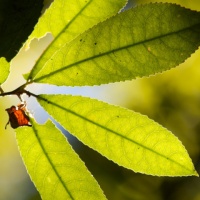 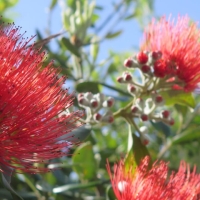 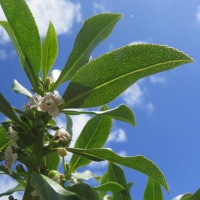 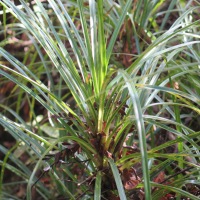 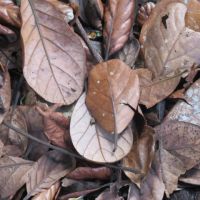 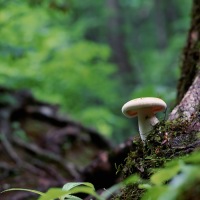 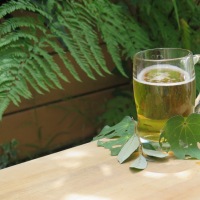